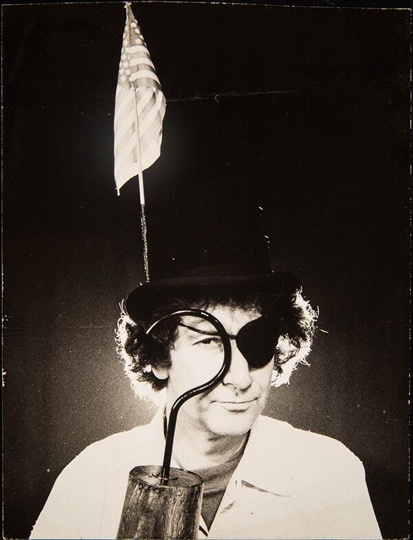 A new digital platform hosting the collection of Augusto Boal – theatrical innovator and creator of the Theatre of the Oppressed – displaying the journey of one of the most important figures in world theatre through play scripts, photos, videos, letters, essays, interviews and more.

The Boal Collection, which contains around 400 historical documents, was carefully selected from the archive of the Augusto Boal Institute in Rio de Janeiro by Cecilia and Julian Boal, and made available on Digital Theatre Plus, a membership-based online platform.

People’s Palace Projects led the research and created annotations and contextualising texts to help guide the audience through the digital experience, with access to the material through the DT+ membership generating income to support the digitalisation of the archive. 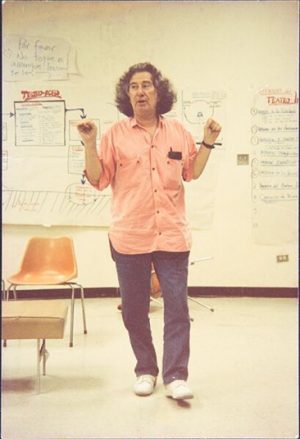 The Boal Collection launches a unique journey through the interconnected stories of Boal’s personal life and professional history as a theatre practitioner. His life showed how political practice can be a theatrical practice.

Most people today are only familiar with Boal’s Theatre of the Oppressed, yet the collection shows the extraordinary breadth and depth of a lifetime of theatrical experimentation. From his early days as a playwright student and director, through to his final years leading workshops across four continents, he pursued a vision that constantly expanded the concept of theatre as politics. He was a leader of a global movement using theatrical techniques to change hearts, minds – and lives.

Boal continues to be one of the most important figures in world theatre, with an influence that is truly global but whose work is practised locally in the everyday lives of people raising unheard voices.

Paul Heritage, People’s Palace Project’s artistic director, was curator and a member of the editorial board of the Boal collection:

“His legacy has been a renovation of the political significance of theatre, through the essential questions he posed about the dynamic relationship between art, society and transformation. Through offering a pyrotechnic theatrical toolbox to communities and individuals that experience oppression, Boal questioned and overturned the power relations in theatre and showed, as he loved to say, that anyone can make theatre – even actors.”

Read DT+ blog: The life and work of Augusto Boal: A rare glimpse into the archive.