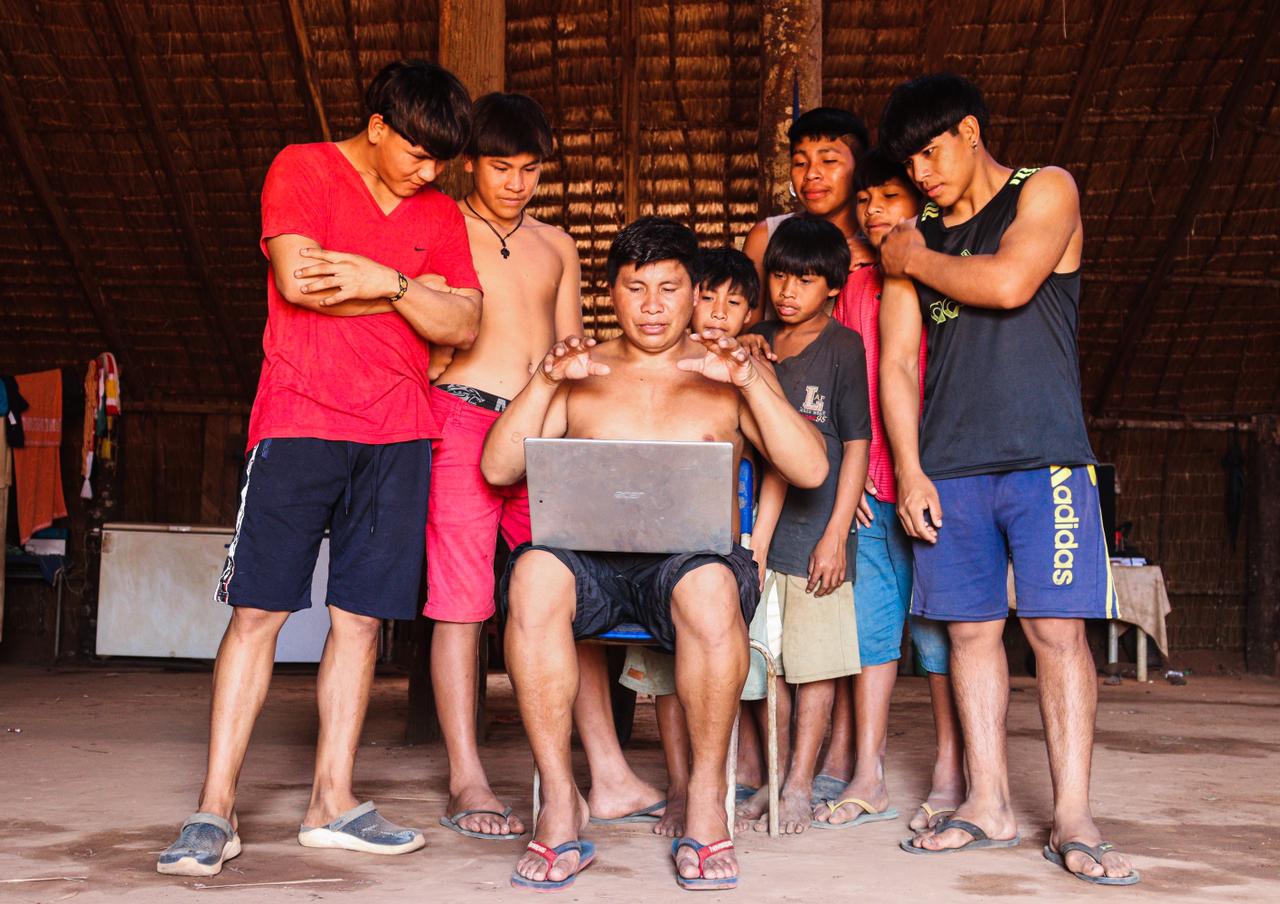 Young people from indigenous villages of Xingu, in the Amazon basin and a group from South Wales are now linked by their experiences and responses to climate change.

Though globally and culturally distant, the groups from the UK and Brazil engaged in this project ,are united by their vested interest in the global climate crisis and the power of the arts in political and cultural expression.

Together, these selected 20 young people, aged 14-18, will take part in six online workshops in October 2021 to create a collective, multimedia performance – through storytelling, visual arts and filmmaking-  that captures their responses to climate crises in drastically different lived environments.

The research, a third long-standing PPP partnership with Dirty Protest Theatre (Wales), engages young people in activism and awareness-raising through cultural production, highlights the role of digital technologies as tool for preserving cultural heritage and combat the climate emergency and reimagines cultural institutions as spaces for climate action.

CCC is also an opportunity to address the gap between older and younger generations in both the Xingu and South Wales, whose differing sense of identity, relationships to the traditions of their respective communities, and engagement with technology contribute to markedly different attitudes to the natural world and climate change.

Since 2015, PPP has worked closely with communities in the Xingu to develop a thriving cultural exchange with the Kuikuro and Wauja that has enabled a range of research projects, artistic residencies, exchanges, exhibitions, films and digital installations on indigenous culture and the climate emergency. This work has reached public audiences from South London to North America to Venice Biennale, with the latest installation open at Glasgow Science Museum, as part of the green zone of the UN COP-26 Summit.

This new project is an unprecedented opportunity for young people in the UK to work directly with young artist-activists from indigenous communities in Brazil.

“This unique international learning exchange will result in a powerful human connection and support them to be active protagonists in the growing global youth movement in the fight against climate change.” Paul Heritage, director of People’s Palace Projects and Principal Investigator.

The young voices of Xingu and South Wales lead the global discourse around climate for more people to listen and learn from their experiences.

“Through listening to the same young people who are most effected by climate change and who have the most effective and imaginative responses, we can all reconsider and act on our own climate responsibilities.”Cat Paskell, director of Dirty Theatre.

The final performances will premiere publicly during an online showcase in November 2021.

We are also planning screenings in the Ipatse and Piyulaga villages in the Xingu Indigenous Territory, as well as the possibility of a live, in-person performance in the UK (hosted by our partner Dirty Protest at Le Public Space, Newport, Wales) if COVID-19 restrictions allow.

CCC is funded by UKRI and AHRC.