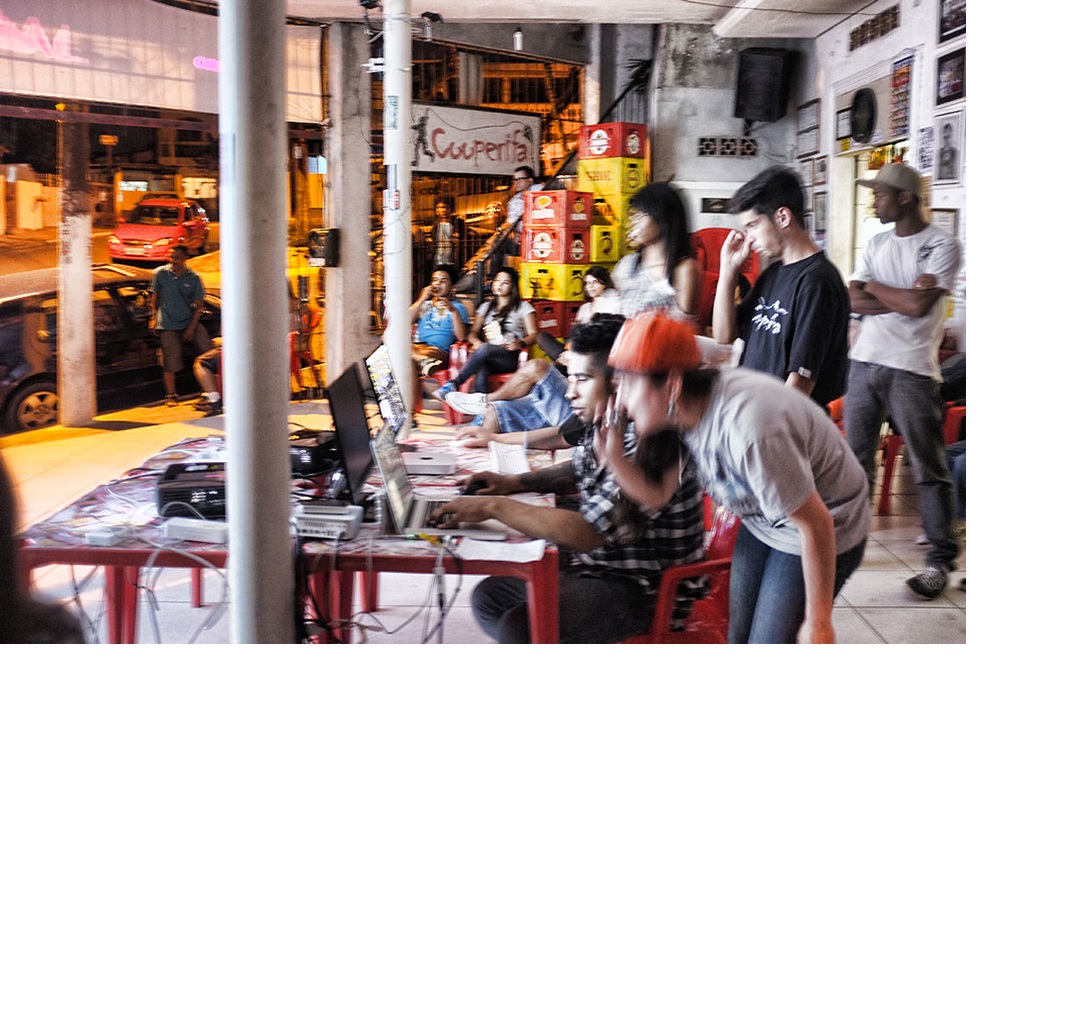 Developed by Gary Stewart (Associate Artist) and Paul Heritage, Encounters is an ongoing process by which young arts activists create live interactive digital audio-visual installations to question and challenge the power of art to transform lives. It encourages its participants to take risks, play with ideas and keep an open mind; it is an act of making and breaking connections, powered by the insistence that the world is for young people to create. The project explores the relations between processes of creative activity and the transformations that are possible. Established in 2010, you can read more about previous phases of Encounters here.

In March and November 2012 Encounters: Transforming Lives worked with twenty young people from artistic organisations operating in the peripheries of São Paulo: Bolha de Sabão, Cooperifa, Ninho Sansacroma and Teatro Oficina, asking ‘what do you want to say and to whom?’ Participants devised Declaração – an audio and visual exploration of the term ‘declaration’, culminating in three performance-installations. Next year sees the development of Encounters in São Paulo with the production of high-profile performance-installations across the city.

In March 2013 PPP will be recruiting a new cohort of participants in London to join Encounters, with future installations being developed in 2014, 2015 and all the way to the Rio Olympics in 2016.

The project aims to reveal, discover, question and celebrate how young people transform their worlds through art. It will provide young people with transferable artistic, audio, visual and production skills, offer opportunities within the field for participants, as well as creating an arena of public discussion about the role of art in shaping young people’s future. For more updates about this project please visit our project website and blog.

Encounters: Transforming Lives is part of the British Council’s Transform.