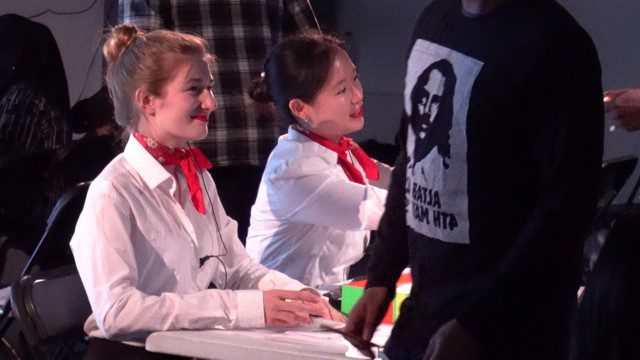 Stages is a practice-based enquiry into how performance can be used to stimulate reflection on “othering” processes in society that lead to discrimination, violence and social exclusion.  It is led at PPP by project director Shana Swiss. Using the Ten Stages of Genocide (from Genocide Watch) as the catalyst for dramatic content, each group collaboratively creates a theatre event that addresses inequality and social exclusion and that reflects local realities. The Ten Stages is a model that presents the risk factors of genocide as a process, with identifiable phases (for example, classification and discrimination) that can be identified early, challenged, resisted, and interrupted.

The aim of the project is to develop citizen activism and community engagement with power holders and decision makers by creating participatory theatre performances and conversations that increase understanding of both the processes that lead to exclusion, and also those that mobilise behaviours that challenge discrimination and embrace difference. The project lets people experience the power that theatre has to clarify issues, challenge attitudes and develop solutions.

We are building an online toolkit so that the Ten Stages of Genocide can be used as a catalyst to develop interactive theatre events in schools, universities, and social change organisations throughout the UK, and beyond. We aim for the project to scale up nationally through existing networks of schools, charities, and human rights organisations. We are also developing a practice-based research study to explore the development of community activism and public engagement in the arts for social change and career decisions among Stage 3 student company members over the next 3 years.

Stage 3 is the first piece produced by the Stages project, and is a ten minute participatory performance devised by a group of students from Queen Mary University of London working with theatre director, Canan Salih. Stage 3 opened the Tafahum project’s (Un)Structured Dialogues event in Tower Hamlets in July 2018. Involving young people and decision makers in the participatory performance, Stage 3 used the Ten Stages of Genocide as a catalyst to look at the bureaucracy and power of the UK’s naturalisation system.

Addressing the process of being categorised based on race, age and socio-economic background, Stage 3 places participants in positions that question their perceptions of power and powerlessness. The performance at Tafahum generated a passionate conversation about migration, discrimination and belonging, issues that resonated with many of the young people in Tower Hamlets, some of whom had experienced, or were experiencing, the complex UK immigration process. The production is strongly linked to young people’s sense of belonging and citizenship rights.

We have formed links with Remembering Srebrenica and Safe Passage who supported a series of dates for Autumn 2018 performances of Stage 3 in communities in the South, South East, London and East regions of England.  Stage 3 became an Associate Company of PPP in 2020.  For updates and more information please visit the Stage 3 project Facebook page.

PPP gratefully acknowledges the original 2017-18 pilot No Feedback UnLTD, in partnership with Feedback Theatre and using their original piece No Feedback, for the idea of using the Ten Stages of Genocide to create theatre events that address inequality and social exclusion. For more information and full credits for the pilot, please see the original project page No Feedback in the Creative Commons.

Stages is supported by the Peace Development Fund, Pickwell Foundation, Queen Mary University Centre for Public Engagement Small Grants Fund, and National Lottery Awards for All. We are also very grateful for additional support from the Safe Passage Campaign and from Julie Christie. 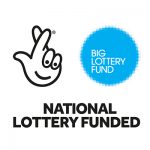